Nutritional Needs for the Elderly & for Individuals with Dementia 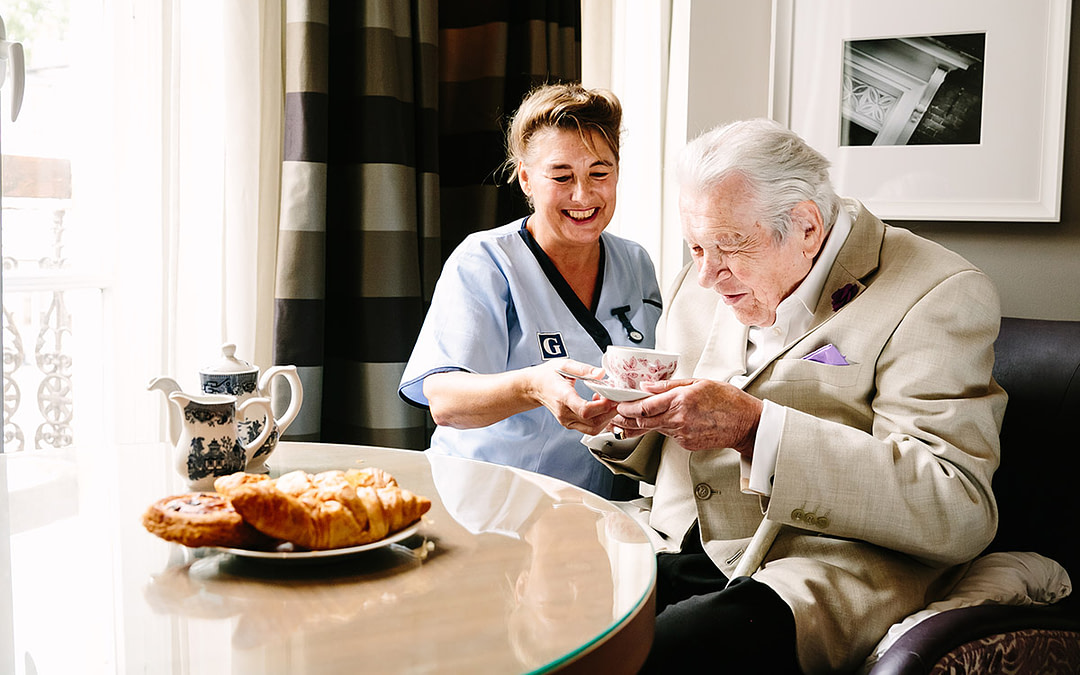 Nutrition and dementia in the elderly

Can Specific Foods Support the Nutritional Needs of the Elderly?

Functional Food is a term that relates to foods or nutrients that have a physical or emotional benefit when consumed regularly. The elderly tend to suffer from a wide range of health issues including arthritis, cardiovascular disease, dementia, anaemia, anxiety and depression. Fortunately, dietary changes may have health benefits for the elderly.

A 2019 study demonstrated that consumption of beetroot over an eight-week period reduced blood pressure in an older population. Beetroot consumption also led to improvements in gut bacterial diversity, especially short-chain fatty acid (SCFA) production which benefits the immune system. In addition, cognitive reaction time and memory retrieval speed improved in the elderly participants. Hence beetroot may be useful in the prevention of Alzheimer’s disease. Beetroot could be used in soups, roasted in the oven, grated into homous or juiced and drunk. It may also be beneficial for anaemia which is common in the elderly.

A 2002 edition of the Journal of the American Medical Association (JAMA) detailed a Rotterdam Study. 5393 participants who were 55 years and older and free of dementia had their diets assessed at various time points, the final assessment being after 6 years. Within that time 197 participants had developed dementia and 146 had developed Alzheimer’s disease.

The study showed that participants who had been supplementing with Vitamin C & Vitamin E had a lower risk of developing dementia or Alzheimer’s disease. Fruits high in vitamin C include all citrus fruits (oranges/tangerines/lemons/limes) kiwi fruit & blackcurrants. All could be blended into a juice or the fresh juice made into an ice lolly for an elderly person. Foods high in vitamin C include red peppers, broccoli & kale, which could be included in soups/stews and pasta dishes.

But Vitamin C is heat-sensitive, so it is best to cook these vegetables lightly. Foods high in Vitamin E are mainly nuts and seeds and oily fish. Nut butter on toast is a great way for an elderly person to eat nuts without a risk of choking. Tinned sardines/tinned salmon contain tiny bones that have been poached/cooked, reducing the risk of choking in the elderly. Fishbone also provides calcium which is an essential nutrient for strengthening bones. Caution is needed with foods high in Vitamin E and an individual taking blood thinners, as Vitamin E does reduce blood coagulation.

The Benefits of Green Tea for Anxiety and Alzheimer’s disease

Green tea contains a chemical called L-theanine which helps to reduce neurotransmitters in the brain that cause anxiety. A 2018 study in the Journal ‘Nutrients’ demonstrated that the consumption of Matcha green tea in participants led to a reduction in their anxiety when compared with placebo.

Elderly people are more prone to stress and anxiety, especially when their routines change. Swapping their normal black teabags with Matcha green teabags may be an easy way to add calm to their lives. The catechins in green tea have the ability to reduce the build-up of plaque in the brain and reduce oxidation and inflammation. This helps to reduce your risk of developing dementia.

Anita Chakraburtty is a qualified Naturopath (Herbalist/Nutritionist/Iridologist) who runs her own Natural Therapies business for 10+ years both in Sydney and London.